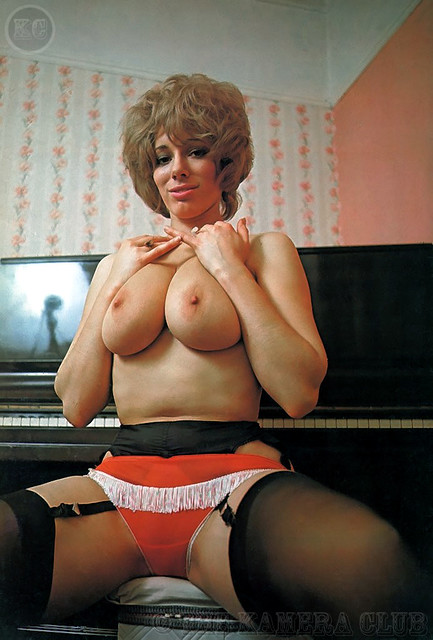 Either as herself Angela Duncan or as Trudi Pink I had a bit of a thing for her and her magnificent boobs! She appeared for GHM once in the glamour film ‘Casting Couch’, but went on to appear in numerous magazines, including ‘Mayfair’ throughout the 1970’s.  I love this shot of her as Trudi Pink squeezing those big tits together and I love those red panties with white tassels!