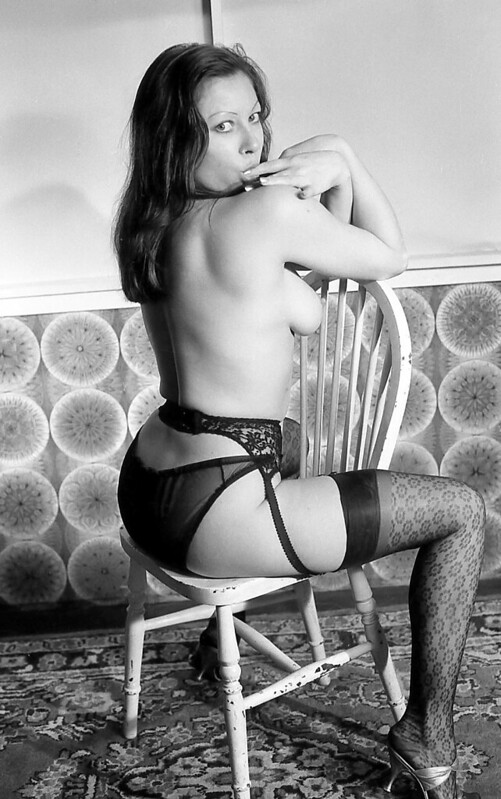 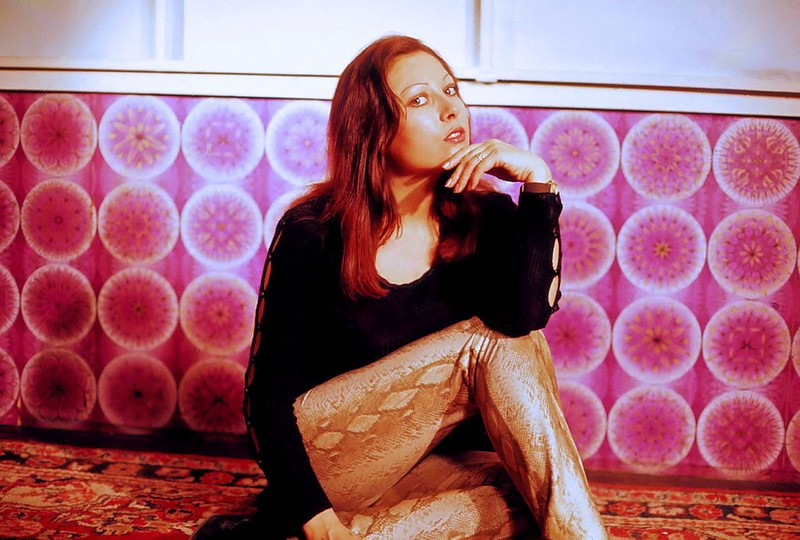 Two shots of June posing at Scotlee Studio’s where the wallpaper used on the set behind her almost distracts you away from June herself, almost! The top shot of June is too damn alluring of her in those sheer panties and stockings to even get distracted by wallpaper. I included the second less alluring shot, so you can just see the colour of the wallpaper and the rug, but you may need your sunglasses!!

In her time June has posed in a lot of locations and sets, but my god there have been some garish wallpapers in the background! So in honour of those wallpapers I’ve set up another set called ‘It’s All About The Wallpaper!“, so you can see some of the designs she had to put up with. Enjoy, but again make sure you’ve taken your medication and have sunglasses ready as some of it’s a psychedelic trip!