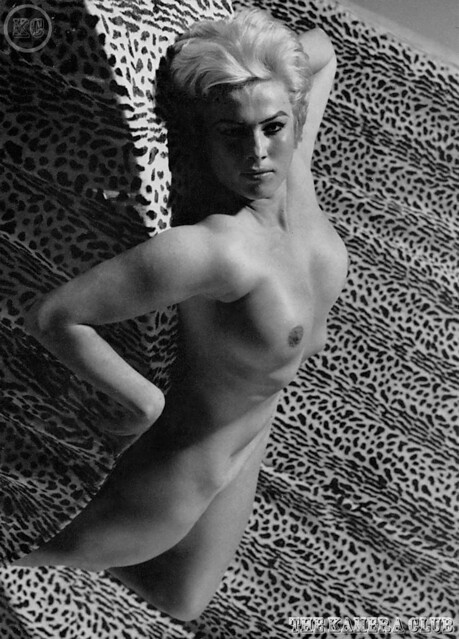 A younger looking Brenda Graham from Kamera No.44 P32 (1961) posing for Harrison Marks on a very spotty leopardskin background! Another model I found through Russell Gay publications that I didn’t realize also appeared for GHM in Kamera, but I keep finding them! Brenda appears twice in Kamera No.44, with this shot and another of her with a dark background and there are other shots of her taken by GHM, but no idea which publications they appeared in yet.