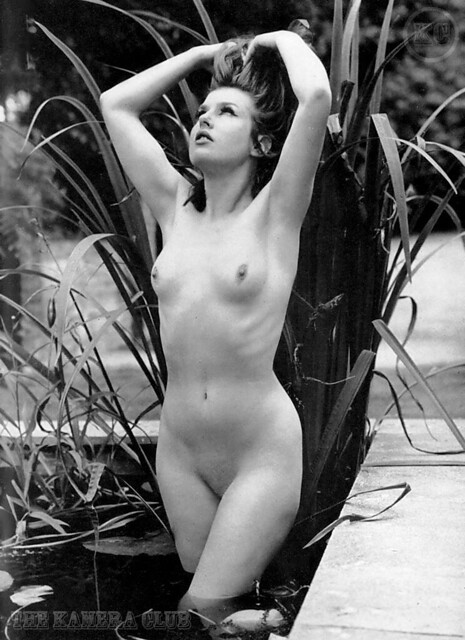 Ann Wilson posing in a pond from P33 of Solo No.44 (1965) by Harrison Marks and dedicated entirely to Ann.

I always assumed that this pond was in the grounds of Ewhurst Manor, but it wasn’t until Terry Sparks mentioned it, that the pond is actually in the grounds of Walden Manor, not Ewhurst. If you look on Google maps the pond is no longer there, but if you were to look at the front of the house it would have been down the left hand side, where a patio now stands between the house and large tree.

I’ve also seen images of Monique Devereux, Barbara Halks and Stevie Vaughan standing in the same pond as well. It must have been bloody cold and not that clean, so makes you wonder how GHM talked them into getting in the pond!