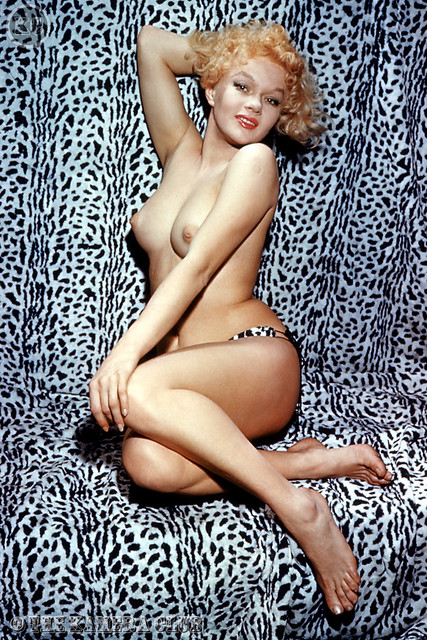 Vanda Hudson was an Actress/Model/Singer (1937-2004) that had small parts in a number of British movies in the 1950’s and 60’s. She appeared in a set of Pamar Colour Slides (1959), of which this is a scan of one of the slides, plus appearing twice in the 1959 Kamera Calendar. She appeared on the January page in a shot similar to above on the spotted background and the November page, with a fur stole and red background. It’s not known if she posed or appeared for Harrison Marks other than these times.