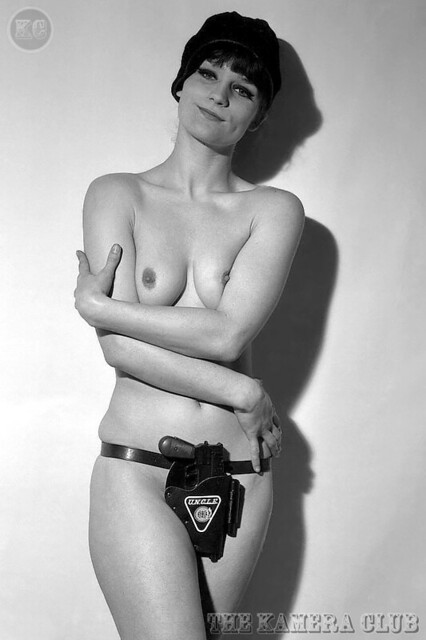 Lena Ellis posing in the studio for a set of photo’s where she’s pretending to be a secret agent/spy as she strips! There are at least 20 shots from this set, which I’ll edit and post shortly, but this is from later in the set, where Lena is wearing just a hat and strategically placed gun holster. The holster has a logo on it from the 1960’s TV series The Man from U.N.C.L.E. that followed secret agents, played by Robert Vaughn and David McCallum. I must admit I was a big fan of this TV series in my teens, but not so much the recent film remake! I can quite honestly say I’d have watched it even more if Lena starred in it dressed like this!

Lena had a slight figure with very small perky tits, but I like the way the belt is a bit tight round her waist giving it additional curve.