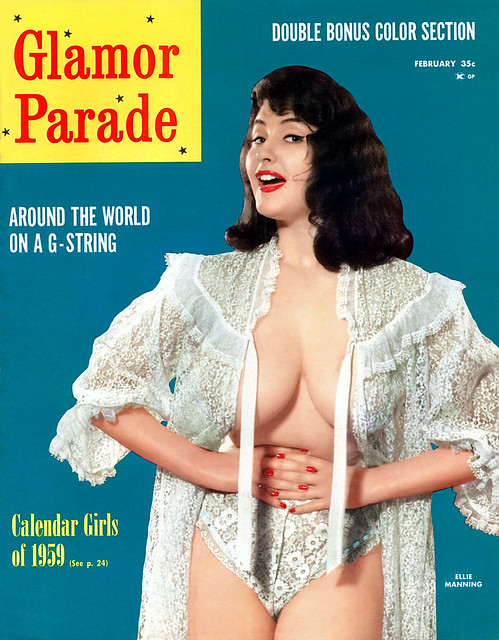 There is no doubting that it’s Ann Austin on the cover of this US magazine Glamour Parade (February 1959), but interesting that the magazine has her named as Ellie Manning on the cover.

Thanks to Paul from Firebird Records for the cover and additional info that unfortunately the only other image inside the magazine is the same shot in black & white. No indication of the fact that she’s a British model, in fact it suggests she’s from New York! But we all know how the magazines and photographer’s back then liked to embellish on the truth around model names and where they came from 🙂

A great clear colour shot of Ann in white lace panties and negligee with the negligee open but strategically placed to cover her ample bosom enough to get her on the cover!