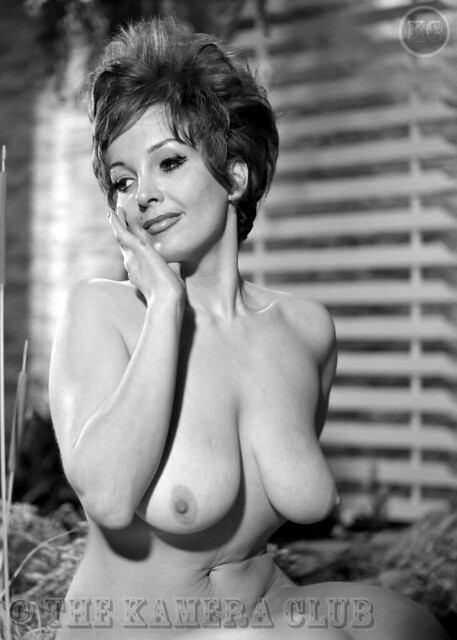 This shot of Bobby Shaw originally appeared in Kamera No.77 P40 (1966), which I published a scanned version of here. This is the original version directly from the negative from my collection, which gives you a much clearer view of Bobby’s boobs and not as cropped as the published version 🙂