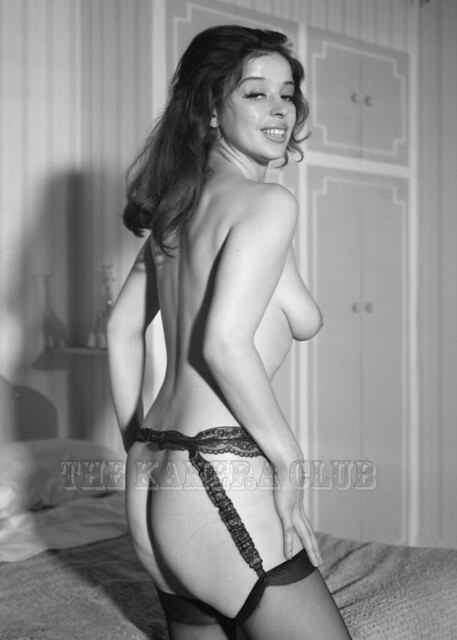 The slender figure of UK 1960’s model Helena Clayton by Harrison Marks taken kneeling on a bed in his flat. This also seems to be a still taken at the same time as he produced the 1968 glamour film E.27 ‘1 & 2 Make Three’ featuring Helena, Jenny Lane and Shelia Bancroft. As well as appearing in this film for GHM Helena went on to appear in several other softcore films during the 1960’s in America, as well as pose for US Photographer Edmund Leja.

If I’m honest not the most attractive of the later models GHM used and not sure if he used her again, but at least another model identified. A big Thanks must go to member MadMax who provided a copy of the film, which helped me identify Helena 🙂