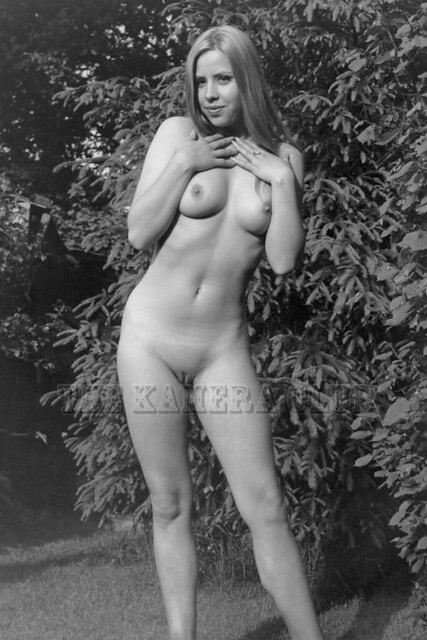 Anita Terry by Leslie Bainbridge and another 1960’s/70’s UK model that I’ve been able to identify. Anita also posed for many other photographers of the time and also appears in several sets taken at Astoria studios. This shot is a typical Bainbridge pose with the model fully shaven and posing outdoors, but does show off Anita’s figure perfectly 🙂