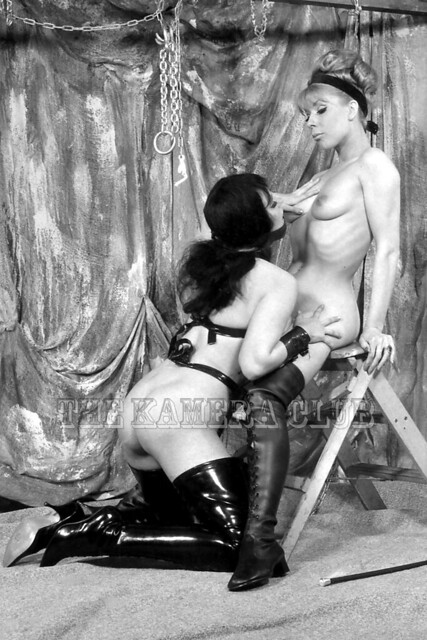 I posted the first shot from this set here and at the time only recognised one of this kinky duo. The slightly submissive one kneeling on the floor in gag and kinky boots is Annette Johnson and I now know that the more domineering one sat in just boots is Anita St. John.

A fabulous set of the two posing in different dom/sub positions and it seems both models were very versatile in what they would pose and do. I have several sets of Anita, from your standard glamour model poses through to the more explicit and as you can see kinky stuff. Annette was equally as versatile, although kept her stuff on the more tame side, but posed for a lengthy career in various guises.