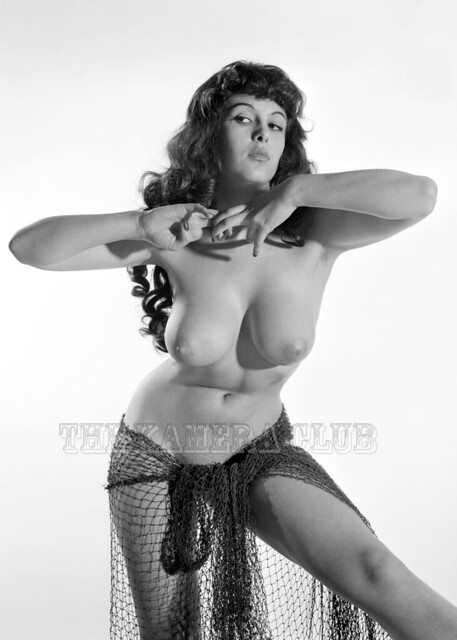 I heard the sad news today that Marie Deveraux passed away at the end of last year (30th December 2019). Marie real name Patricia Sutcliffe was one of the first models to became a regular and very popular nude model in magazines during the late 1950’s. She had a brief career in cinema, usually as a sexy girl in comedies, dramas and horror films and appeared in several Hammer Horror films including “The Brides of Dracula” (1960) and was Elizabeth Taylor’s stand-in in Cleopatra (1963)

Marie was one of the original group of models that posed for Harrison Marks in the late 1950’s for his Kamera publication and appeared in many of the early editions including the covers of No.2, No.5, No.10 and No.14. She was also one of three models that went to the Isles of Scilly in 1959, along with Pamela Green and Lorraine Burnett and featured throughout the original ‘Kamera on Location’.