Links to the full or partial Calendars and Specials 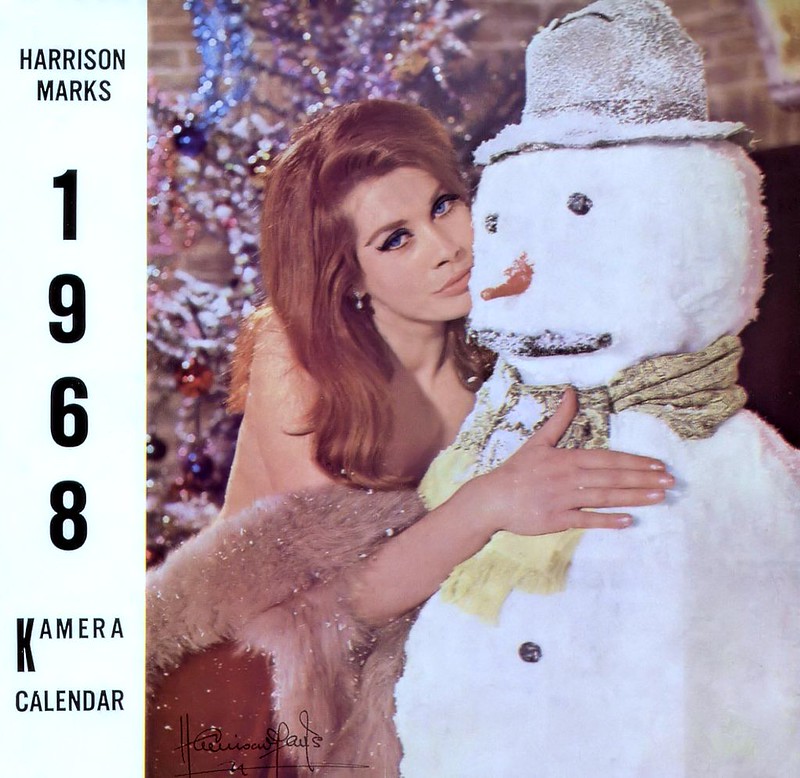 Thanks to John I now have a further two complete sets of scanned Kamera calendars for both 1968 and 1969! The penultimate and last calendars produced and starring some of my favourite later models, include of course Dawn Grayson, June Palmer and Julie Collins.
We start with the cover of the 1969 calendar featuring Dawn Grayson cuddling a snowman on festive set.  This was probably part of the photo shoot that appeared in the 1967 Kamera Winter Special, where I have already publish 3 shots of Dawn on the same set.
Thanks to John W for again scanning and sending copies of these calendars, as it is always appreciated by me for the time and effort he takes to do this for the site.
Posting....
error: