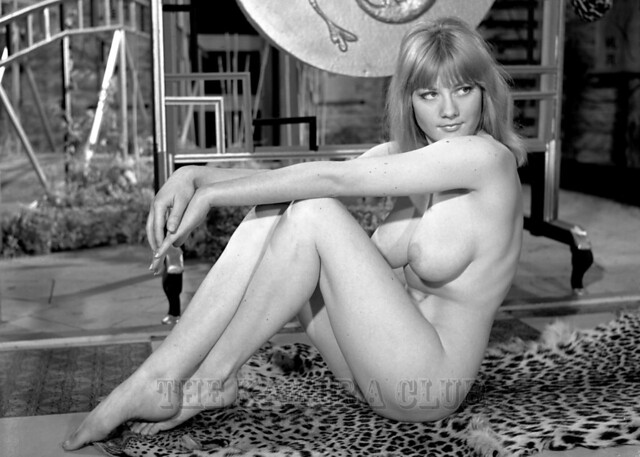 Another view of Hazel Taylor (Ann Dixon) by Harrison Marks on the Chinese garden set. A delicious view of her full length figure as she poses sat on a leopard skin rug in front of that gong again 🙂 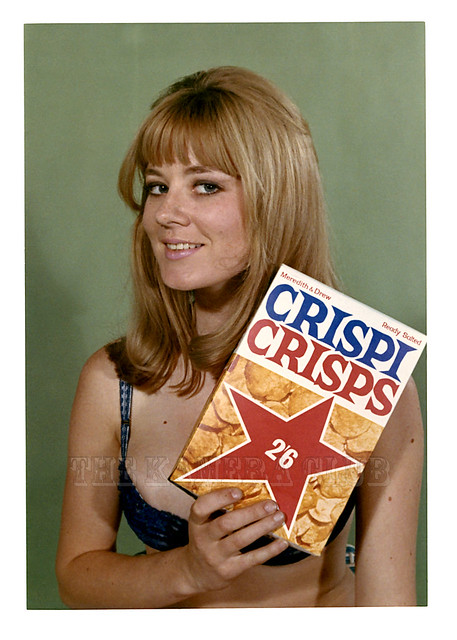 After my earlier post of a lunchbox this print seemed like an appropriate follow up! An original 5 by 3½ promotional print of Hazel Taylor offering up a box of crisps for your delight. To be honest when I first saw it I recognised Hazel, but thought it was a box of cereal she was holding, then I realized it was crisps! That’s one hell of a large box of ready salted crisps and I didn’t realize that they came in big boxes like that back in the 60’s? That would definitely not fit in the lunchbox from earlier 🙂

Hazel has a great smile in this shot in her blue bra and I’d definitely go buy some crisps after seeing this, in fact it’s made me quite hungry, must be time for lunch!

As an unrelated aside Meredith & Drew made crisps and biscuits back in the 1960’s and were originally established in 1891. They had around five percent of the British crisps market by 1963 and produced biscuit favourites still around today such as shortcake, currant shortcake, Nice, Bourbon, custard cream and ginger nuts. I used to love ginger nuts! The full history on Meredith & Drew can be found here if your interested?

Finally, what other site gives you tits, history and education all in the same place 🙂 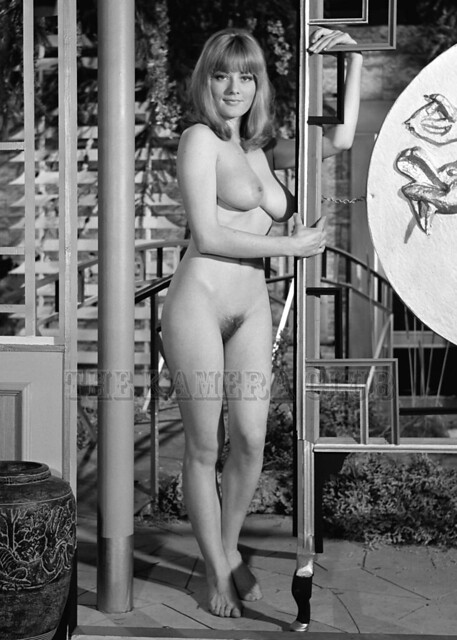 Hazel Taylor (Ann Dixon) by Harrison Marks on the Chinese garden set. A delicious view of her full length figure including a hint of bush. Most of these images seem to have been taken in 1966/67 and appeared in Solo No.60 or the mid 70’s editions of Kamera. 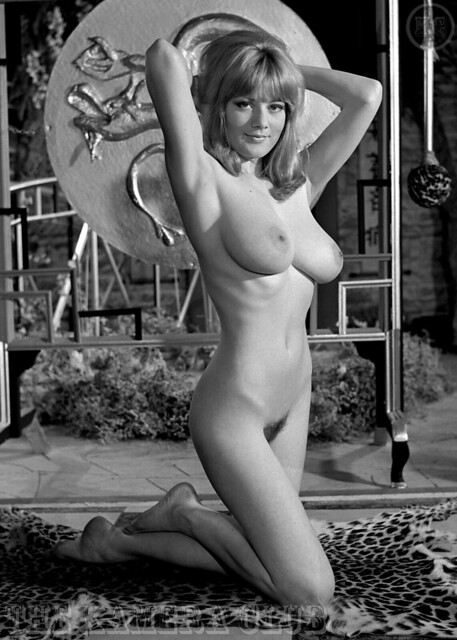 Hazel Taylor posing on the Chinese garden set for Harrison Marks in front of the large gong! Several shots of Hazel posing on this set appeared in Kamera No.74, No.76 and No.78 (1966/67), but this particular shot in it’s censored version appeared in Solo No.60 P10 Ann Dixon (Hazel Taylor) and thanks to MadMax for pointing out it’s location 🙂

A delicious uncensored view of Hazel showing off her slender figure and a hint of bush thrown in for good measure! 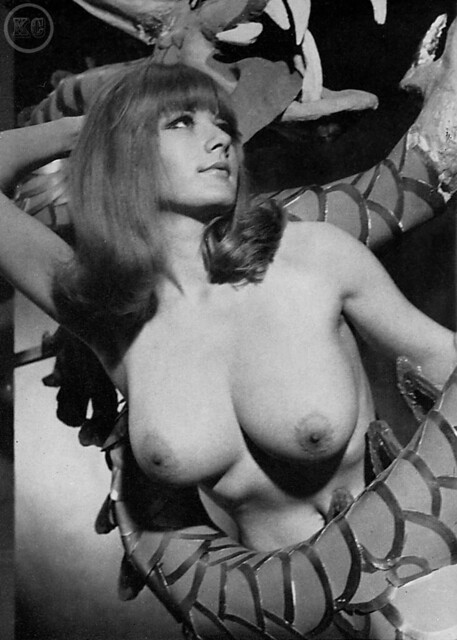 Hazel Taylor (Ann Dixon) from Kamera No.78 P46 (1967) as she poses from between a dragon statue. Taken by Harrison Marks on the Chinese Garden Set this is one of 10 shots of Hazel in Kamera No.78 with her posing nude with the dragon or a dragon gong. I love this particular pose of Hazel between the dragons tail showing off her great tits. it’s a shame the images in this edition are all airbrushed for publication as Hazel had a magnificent natural pussy in the uncensored shots I have of her. You can’t tell in this shot, but I can’t work out if Hazel is a redhead or ginger, one thing is for sure the collars and cuffs match whatever the colour 🙂