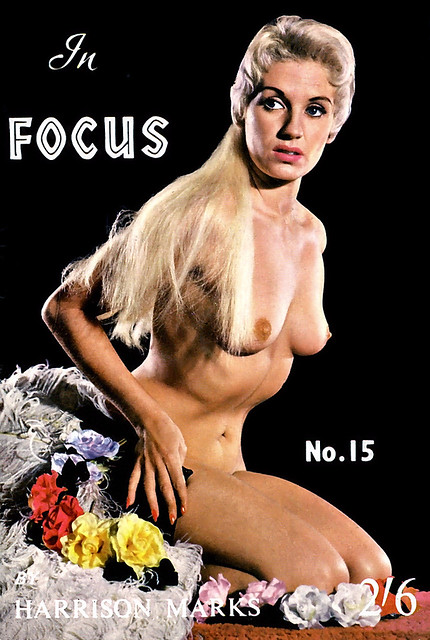 One of my all time favourite magazine covers from Harrison Marks that’s not Kamera or Solo has to be this cover of In Focus No.15. Featuring Audrey Crane it just captivates me for some reason, maybe that the colours look so good, or just the way Audrey is posing showing off that body, who knows why, but worth sharing on here I thought 🙂 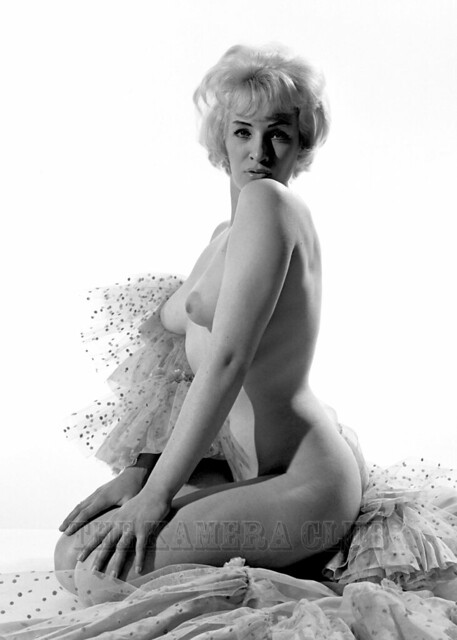 Audrey Crane posing in the studio for Harrison Marks from an original negative scan. This shot was actually published in Kamera No.37 P27 (1961) along with several others of Audrey stripping from a very over the top dress edged with big spotted frills! 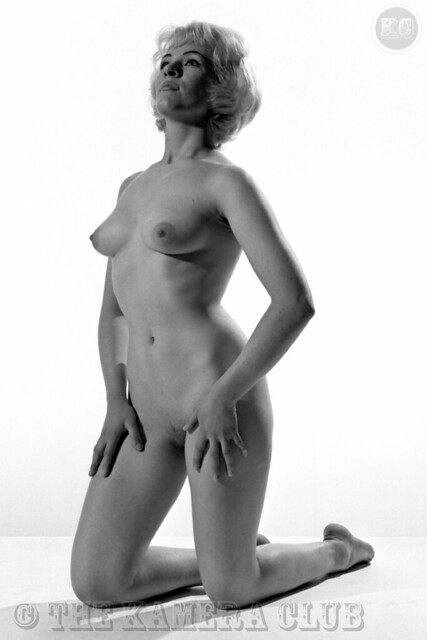 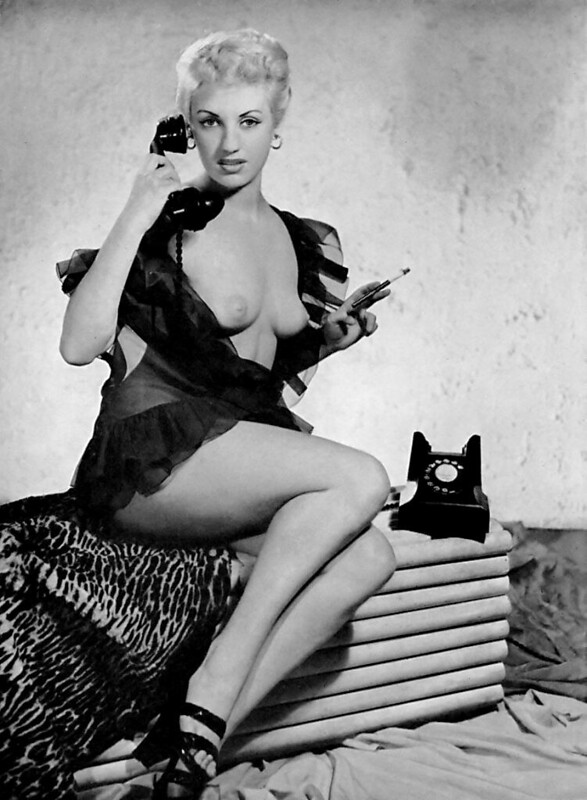 A shot of Audrey Crane from In Focus No.3 (1958) posing on the telephone in a little black number whilst having a smoke! You can just imagine her on the other end of the phone like this back in the 1950’s talking naughty to someone on the other end.  All very sophisticated, not like those 0800 numbers advertised today (so I’m told!) 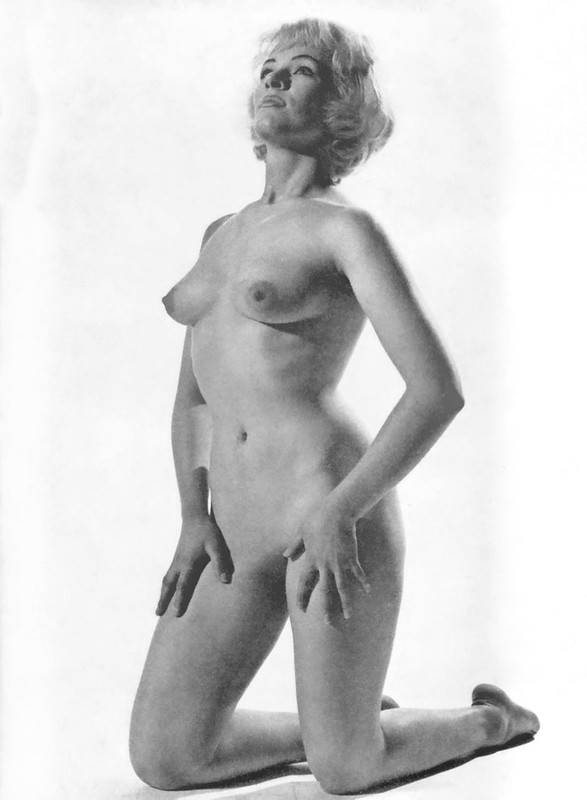