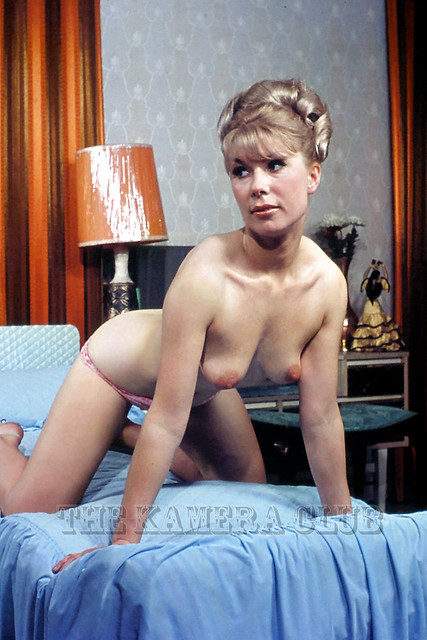 A shot from a restored 35mm colour slide of 1960’s UK Model Anita St.John from a set of over 20 slides sent over by Paul from Firebird Records. Another set taken in the same studio as 35mm slides of Ann Day and Maria Frost, but this seems to be a bedroom set.

A fabulous shot of Anita and her small perky tits with dark pink nipples as she poses on the bed topless and on all fours. You could say ready to ride, if it weren’t for the fact she still has those pinks panties on 😉 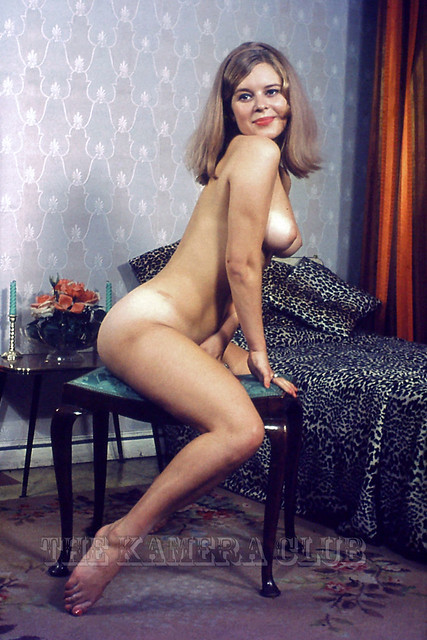 The superb figure of Cheryl Peters from a restored 35mm colour slide sent over from Paul, who is selling several sets of slides including more of Cheryl over on eBay here. There are several other models from Paul’s sets that I have, but all seem to be taken at the same studio and on the same sets, as is this one. This set seems to be a bedroom type set with large stool that Cheryl is expertly mounting for this shot 🙂 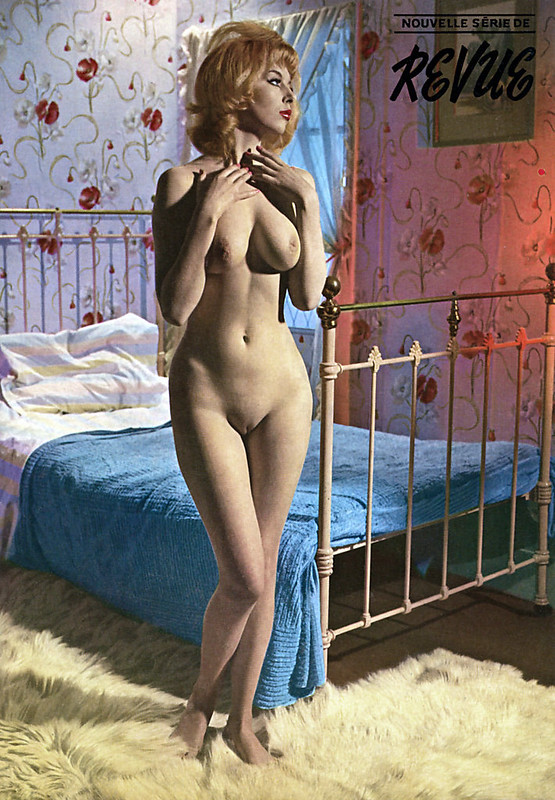 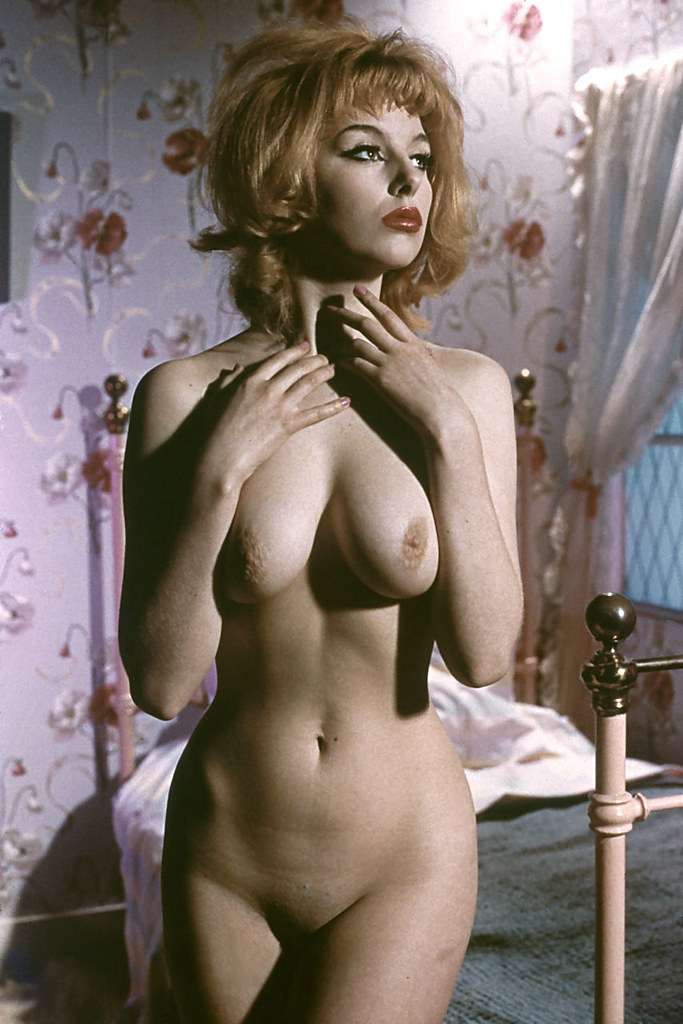 Tina Graham (Christine Carter) by Harrison Marks on the bedroom set and featured in Nouvelle Serie De Revue magazine. A beautiful smooth uncensored view that only got seen in the continental magazines such as this. The second shot is from the same series but an original shot of Christine directly from a scanned Pamar colour 35mm colour slide send over by Kevin, but as you can see the colours in both are nearly the same after I’ve restored them 🙂 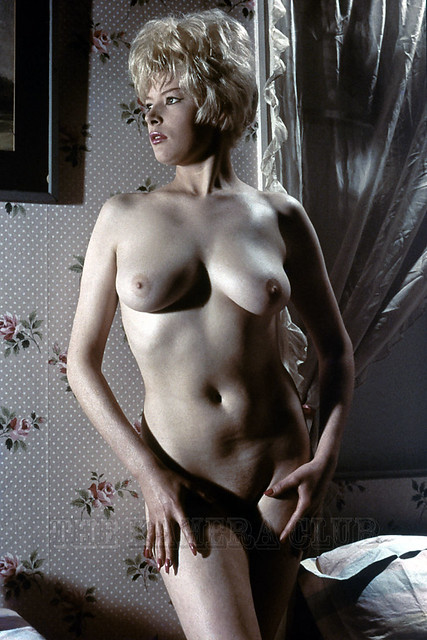 Bridget Leonard by Harrison Marks on the bedroom set from a restored colour slide. Another one of the later colour slides that had some colour that seems to have survived, although when trying to recover the colours it did come out rather bright!

Bridget is one of those models I’ve published very little of, not for any reason other than I don’t have much of her, other than a copy of her Solo appearance in Solo No.25 (1962). Several similar shots to this slide also appear in Solo. Thanks to Kevin for sending over this scan of the slide 🙂 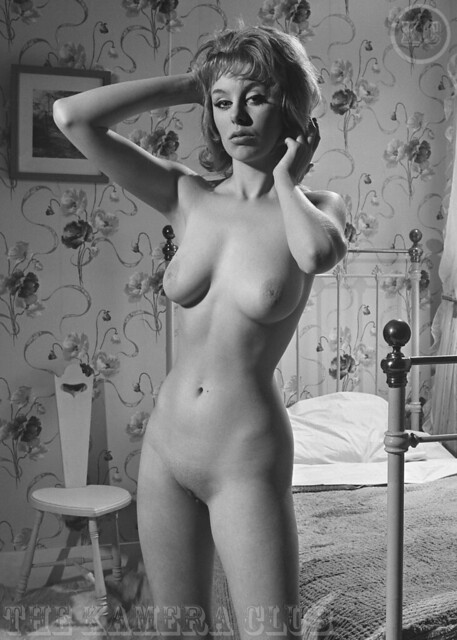 A tantalizing shot of Tina Graham (Christine Carter) posing on the bedroom set by Harrison Marks. You get to see Tina’s slender curves and figure in this nearly full on in this shot, as well as a tantalizing view of her uncensored lower region. Tina or Christine, which was her real name appeared in Solo No.28 (1962) and in Kamera No.46, No.47 (including the front cover) & No.57. She also appeared in the 1964 Kamera Calendar for August laying on the bed from this same set of photographs.