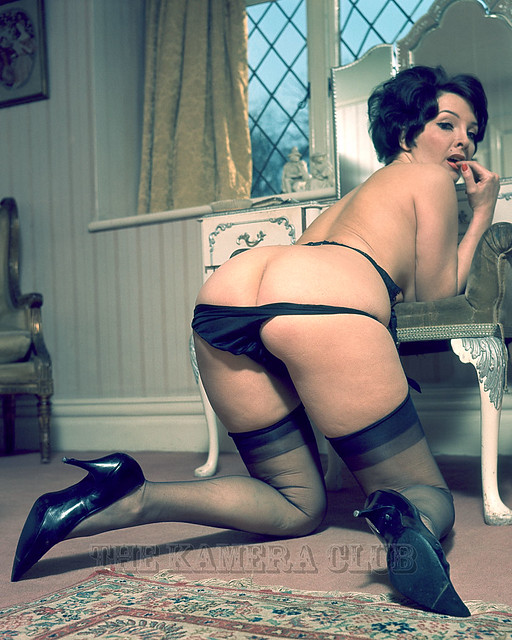 A very tempting view from the instantly recognizable Bobby Shaw on location in one of the bedrooms at Ewhurst Manor. The bedroom has appeared from various angles in many other shots, but this is a different view for sure.

I love this shot as there’s nothing obvious in it from a nudity point of view, but more about the suggestion implied. I love the way she is kneeling over the stool with those black panties not quite up or down and the finger in her mouth and look on her face. So tempting and very suggestive from Bobby, as if she’s wondering what she should do next! Love it! 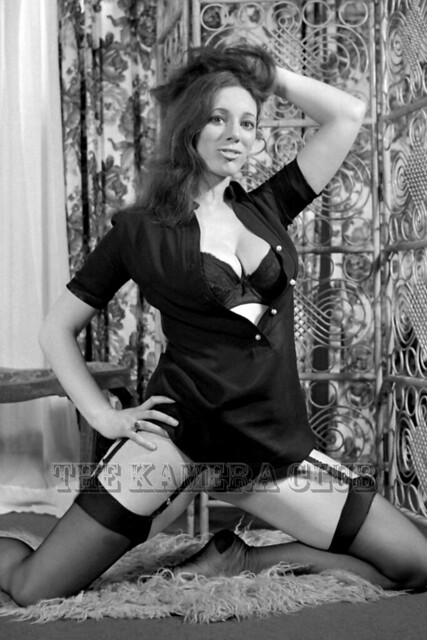 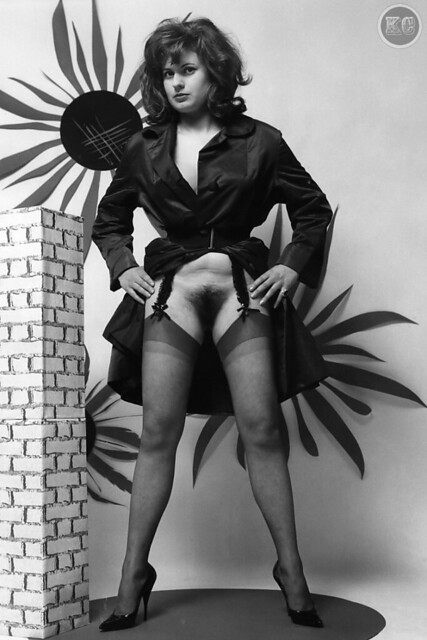 Another shot of this unknown model from my collection of contact sheets from the Cover Girl/Excite Magazines with her teasing us to what she has below black raincoat, which isn’t a lot! I love how she’s opening up the bottom of the coat to reveal her suspender belt and black stockings that highlight that beautiful hairy pussy and in a very dominant stance. The other shots from this set can be found here. 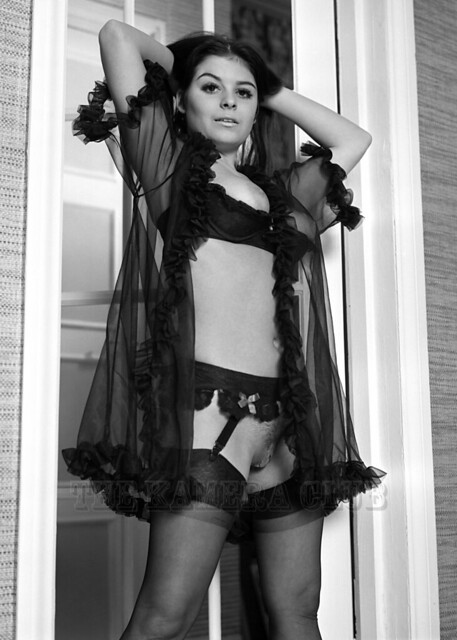 Another shot of Barbara Halks by Harrison Marks as she poses for him at his flat and showing off more than usual! This comes from the same set as this shot where she is also stood in the doorway. Not only do we get to see a fuller view of Barbara in sheer black negligee and stockings with a low cut bra, but we also get to see a more exposed view down below. Not only did she have a lovely bush to show off, but in this shot and the way she is standing we see a bit more as well and as the title says the lips don’t lie 🙂