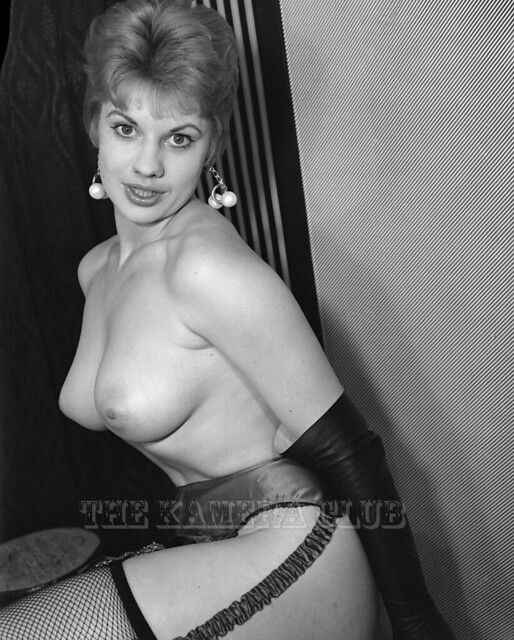 A beautifully restored print of 1960’s UK glamour model Kim Foster in long black gloves and fishnet stockings and a set of big dangly earrings. A superb topless shot of Kim, who posed for both Harrison Marks and Russell Gay during her career as well as appearing in several glamour and naturist films. She also appeared along side Caron Gardner in a Venus Films production titled ‘Glamour Garden’ and shot on the front lawn at Ewhurst Manor of course!