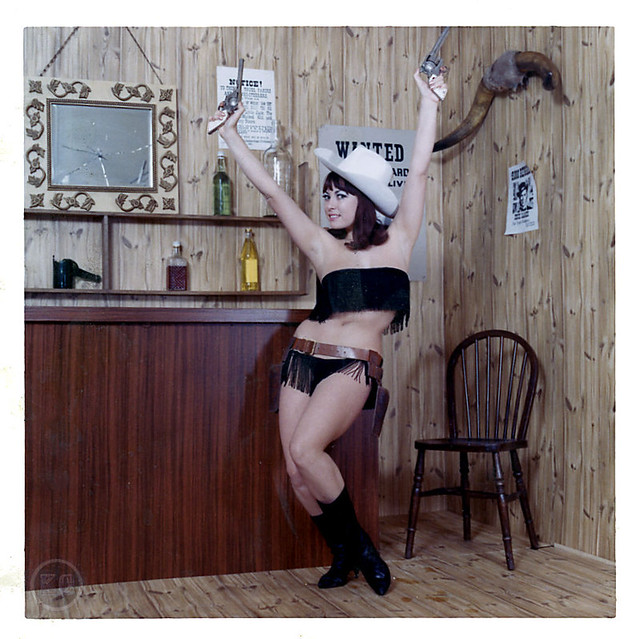 Thanks to member JAS, who sent through these brilliant shots of June Palmer from the 8mm cine film of ‘Calamity June’. This was by Arthur Howell under the Strobe Films banner and was Strobe Films No.1 and these shots were 90mm square still prints made by Strobe back in the 1960’s to publicise the film. A fabulous set of 6 prints (members see all) of June posing at the saloon bar, slowly losing parts of her flimsy cowgirl outfit! JAS has around 25 of  these 90mm square prints from Calamity June, Danger Girl and June in Orbit. of which I have the Danger Girl set to also publish 🙂 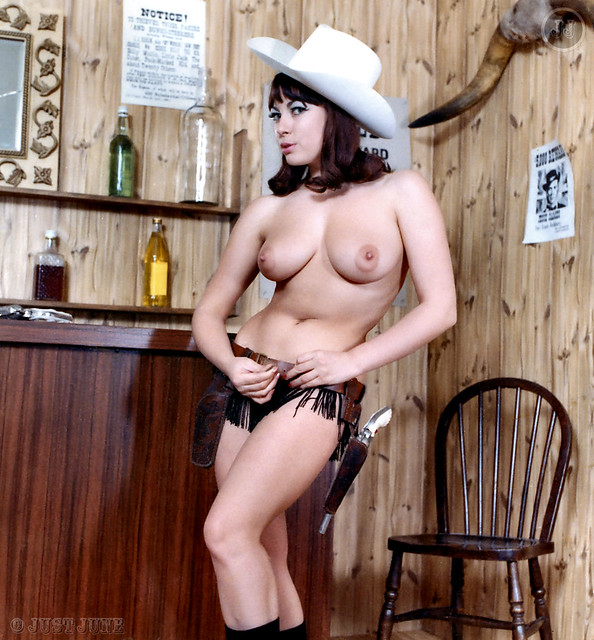 Thanks to JAS, who sent through this brilliant scan of June from the box image of the 8mm cine film of ‘Calamity June’. This was by Arthur Howell under the Strobe Films banner and was Strobe Films No.1 and the colour 8mm version. JAS also sent through a complete scan of the box as well, but it needs some tidying up, so will post that later, but I wanted to share the image now. A superb shot of Junr in cowboy hat and gun holster, but be careful you don’t shoot too soon 😉