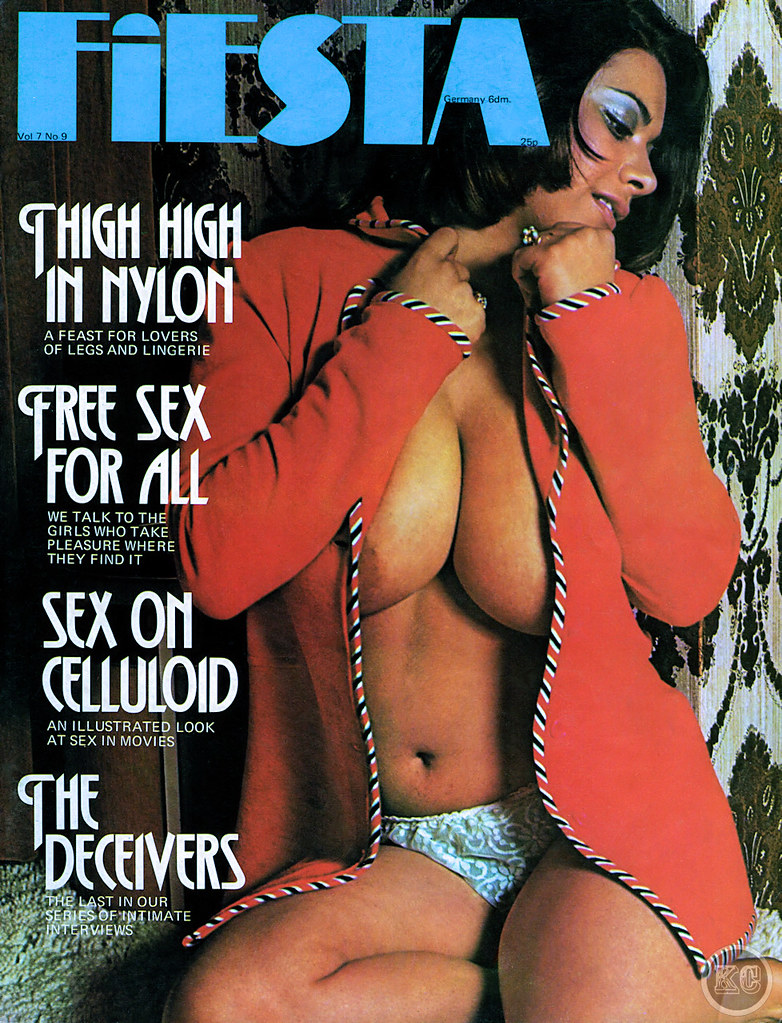 Clyda Rosen on the cover of Fiesta Vol.7 No.9 (Sept 1973) looking rather demur and underexposed! I suppose we are used to seeing rather more of Cylda than we do in this shot, as even her large tits are partially covered and she’s kept her knickers on for now. I suppose it is the cover of Fiesta and there is only so far you can go on a fairly mainstream top shelf mens magazine in the 70’s 🙂 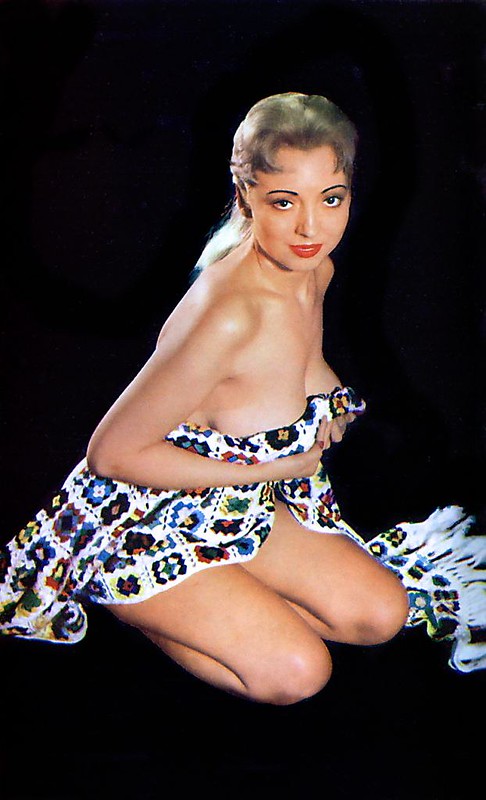 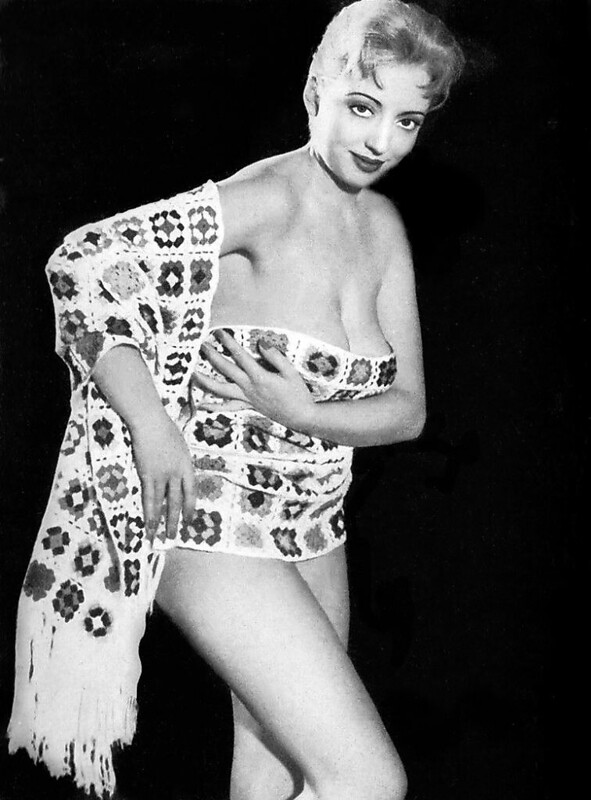 Two shots of Maxine Ellis from Fiesta magazine (Nov 1956) posing with a multi-coloured crochet blanket, used in various ways to cover her modesty for some reason.  Taken by Harrison Marks these a typical shots for Fiesta at that time, before moving to the slightly more risqué topless views. 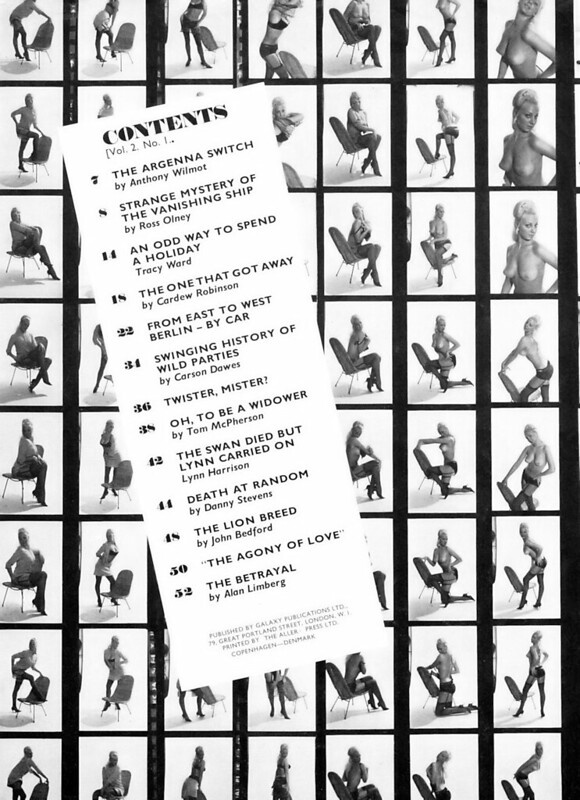 Last Friday I published this shot of a model with trimmed tan-lines and said I hadn’t got a clue who the model was? Well not only has Terry provided the models name and image above, but reminded me that she also appeared in this earlier shot sent through by Terry. The model is of course April Dawson and the above contact sheet style images come from the inside cover of Fiesta Vol.2 No.1 (March 1968).

Thanks to Terry for jogging my memory and I’ll update the unknown model lists now I know who she is, again! 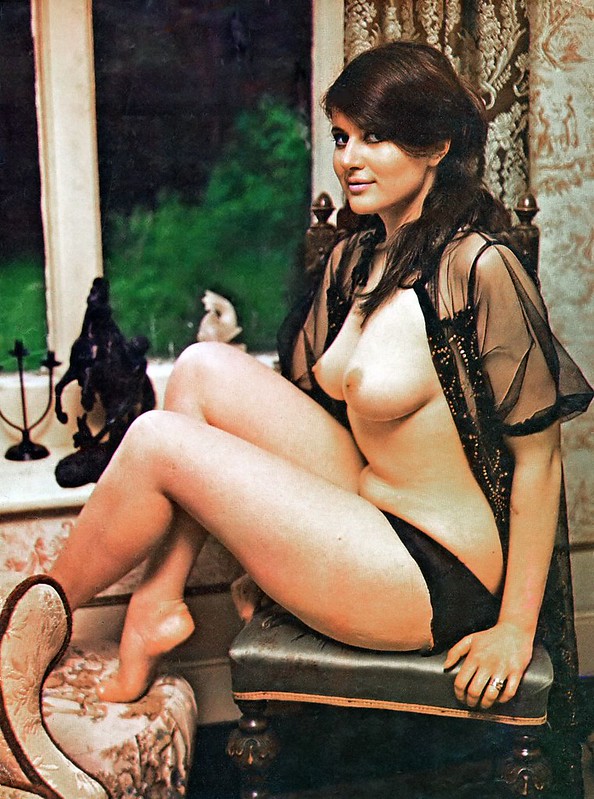 A great shot of Caroline Coon from the 1970’s that appeared in Fiesta and was taken by Terry Sparks, which also had an accompanying little story from Terry about Caroline and her friend, which will make the above title a little clearer. Story from Terry below:

Also enclosed is one of my shots of Caroline Coon scanned from a page in Fiesta. I worked with her several times and I got to know her quite well and one day she brought her flatmate in to see me, an American girl called Marsha Hunt. Marsha was desperate for money and so I did a stills session with her and also an 8mm Glamour film shot at Ewhurst. She was very difficult to work with, full of her own importance and not really wanting to be photographed but needed the cash. A few weeks later she landed a part in the original London stage production of Hair and then later she met Mick Jagger and they had a child called Karis.  I knew Mick Jagger vaguely as we both attended the same Grammar School, although he was a few years behind me.  As  far as I know, none of my pics of Marsha were ever published, I have a suspicion she may have done a deal with Russell Gay after landing her part in Hair, but I am only guessing.

I just love these little stories that come from Terry with his pictures as they give us a snapshot of things back then.  Terry calls them bits of useless information, but I disagree 🙂 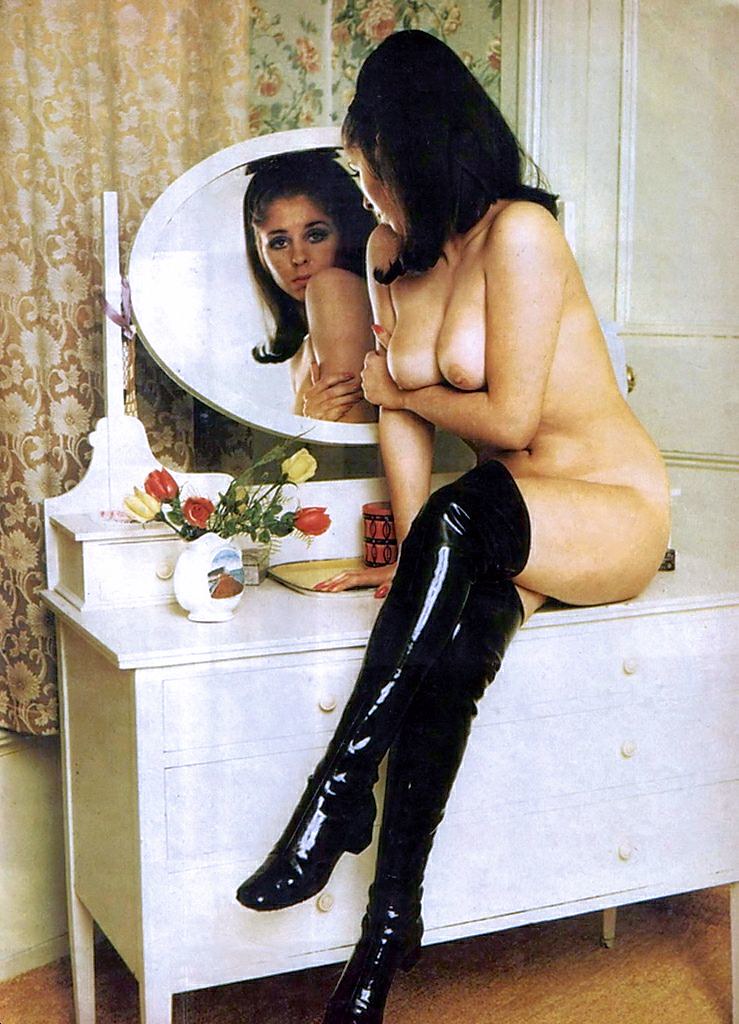 Just loving this shot of Tiffany St. Clair (Pam Arnold) from Fiesta Vol.2 No.2 (April 1968) in those shiny black high boots! What a view as she sits on the dressing table looking at you from the reflection in the mirror.
+9
error: