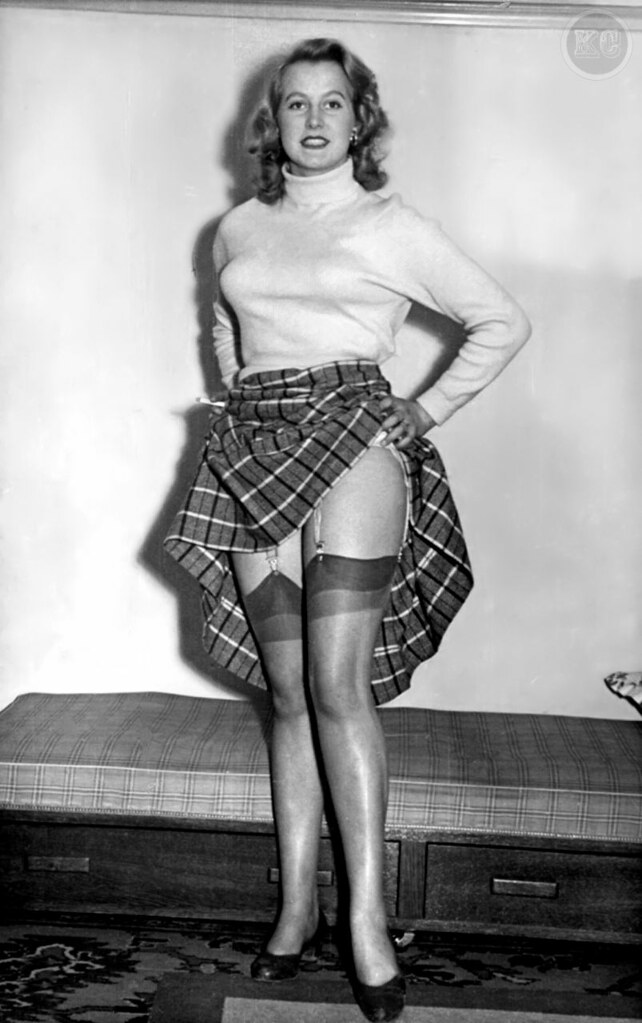 I found this shot whilst digging around in my collection and thought it worthy of a post, although not really falling into any of my normal categories or posts! A scan of a vintage print of a housewife lift her skirt and giving us a flash or her stockings and suspenders. A beautiful shot with a very 1960’s feel to it as she stands there skirt hitched up and smoking a cigarette 🙂 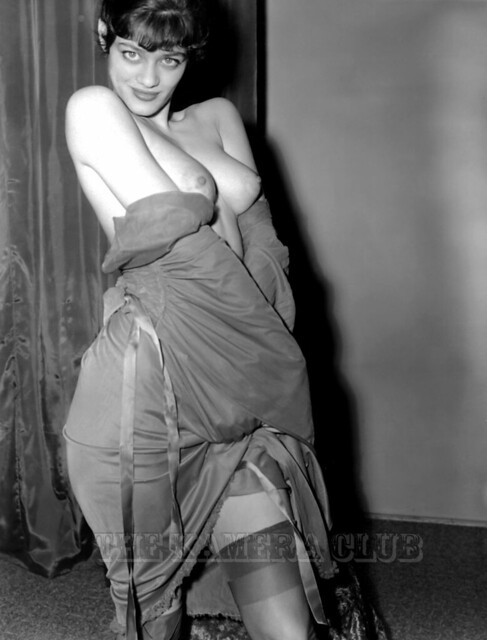 A great flash from Judy Geeson from a restored print of her showing us her small perky tits and lifting her dress to reveal her stockings below. A perfect double flash 🙂 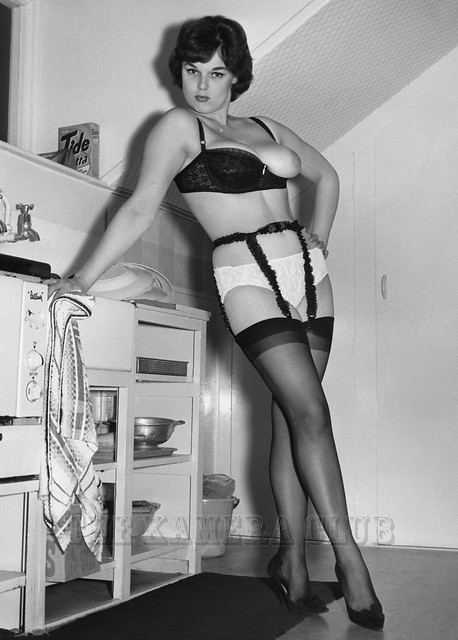 I love this different shot of Lorraine Burnett posing in the kitchen, as not only is it a good shot of her, but there is so much else going on in the shot! I love the contrast of the black suspender belt, bra and stockings against the white panties in the shot, plus the way she pulled her bra down to allow one tit to just pop out. She could easily have just been doing the washing up and turned round and popped a cheeky one out for the camera. Although I don’t know many that doing the washing up dressed like that, but I’d definitely allow it 🙂

So who remembers Tide then and is it still around? Love the box on the windowsill in the background and the Belling oven. Thanks to Kevin for sending over this different shot of Lorraine 🙂 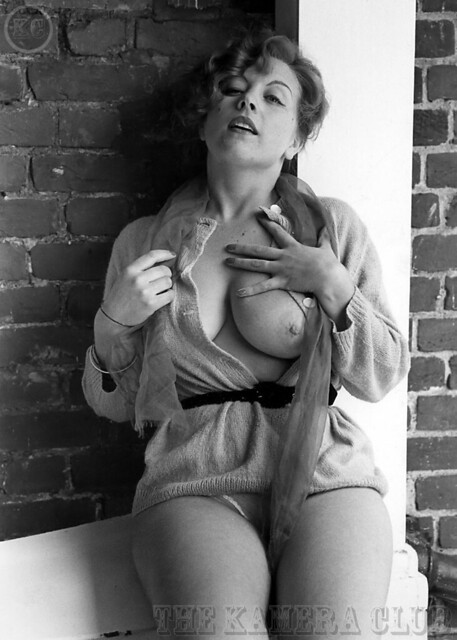 Tina Madison giving us a flash of boob and nearly a bit more down below from another restored 10 by 8 print sent over by Scott. The shots of Tina I’ve posted in the past tend to fall into two distinct categories of, I wished I hadn’t bothered as she doesn’t look her best and the good! Thankfully this one falls into later category as it’s a stunning shot of her posing in someones doorstep, flashing herself to the camera.

Thanks to Scott once more I now have a small set of Tina prints similar to those he sent of June Palmer and again they are all stunning and one’s I’ve never seen before. Can’t wait to see what else he produces 🙂 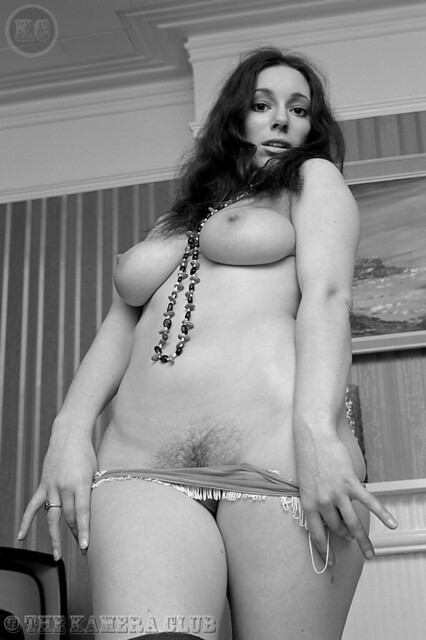 Angela Duncan from the ‘Fluffy Bunny‘ set in front of the fireplace. A slow reveal and flash of  that beautiful hairy pussy as she teases down those panties!