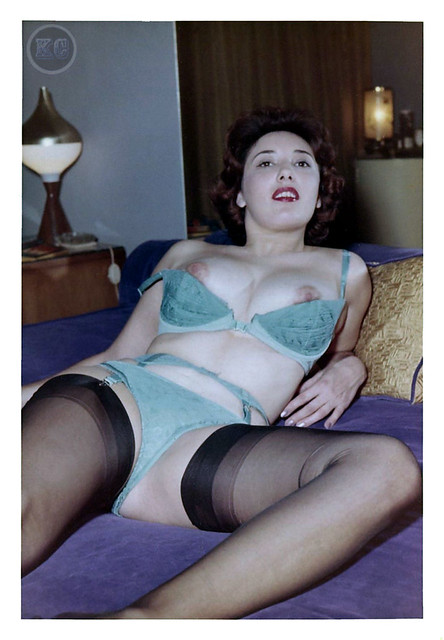 I’ve published this 1950’s unknown model before here playing on a bed with balloons and posing in a hotel bathroom, but I now have several colour photo sets of her as well. All the colour sets feature her posing in stockings and different coloured underwear. In this set she is seen posing in turquoise underwear and there’s something rather erotic about seeing these colour photo’s from back in the 1950’s. She had a great figure and arse, but I do wonder how far the set went? Unfortunately I only have 5 shots, which members get to see, but I do wish she maybe stripped a little further, maybe to just the stockings 😉 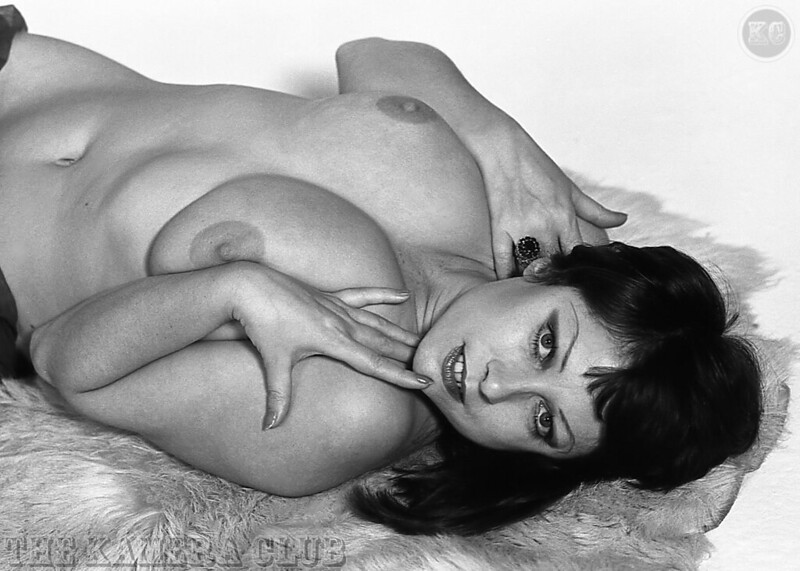 June Palmer from a set of 35mm black and white negatives posing in the studio in the 1970’s in and out of a long sheer negligee. With longer hair June poses on a stool and the familiar sheepskin rug as she looses the negligee completely towards the end! Rather than publish the images individually I’ve decide to post a full gallery of images from this set below.

Enjoy and a big thank you to John W who sent these over ages ago, it’s just taken me a whilst to get them sorted and edited!

Now this is a different set, but one that when I saw it totally intrigued me! A set of six, but possibly more images of an unknown woman from the 1950’s, posing on a bed with some balloons and then in the bathroom.

These were again sent over by Oxxbridge from original photo prints that I’ve restored, but as I went through them I got curious about the context of them. The woman doesn’t look like a model, more like a wife (wedding ring!) that’s been out to a party, possibly New Year and been talked into posing nude by her husband in the hotel room after returning. Hence to inclusion of the balloons, the semi un-posed feel to the shots and the bathroom shots! What’s with the shot of her sat in the sink, although it has a certain erotic feel to it if I’m honest and the shot that caught my attention. I’m probably totally wrong with my idea behind the shots, but I like it and thought I’d share the shots anyway, as she has a cracking body as well 🙂

Anyway enjoy this set of Suzanne in the meantime!

Over the years I’ve been collection glamour images from my favourite photographers and models I’ve also collected some of the naughtier stuff from them and others, in the shape of films and images. And by naughtier I mean more explicit and hardcore content from and by them as their careers progressed. For example Harrison Marks started to produce hardcore films and image sets from his films, plus models like Clyda Rosen, Sylvia Bayo etc went on to do far more explicit content later in their careers.

I haven’t really published such content here, other than the odd open leg shot as it’s not really in keeping with the theme of the site. That’s not to say it doesn’t appeal on occasions, but I’ve just tended to shy away from it for now and kept it over on my Tumblr site Daysgonebyporn. Anyway in the interest of keeping good quality content alive for my favourites I’ve decide I’ll start to publish some of the harder content here in this ‘Naughty Stuff’ section.

It won’t be to everyone’s taste and you won’t see it in the main posts of the site, as I don’t want it to become overly public. It will be available to members only on the side menu should you wish to delve a little deeper and I’ll keep it relevant to my areas of interest. I make no apologies for the nature of some of the content, but you have been warned! The link below will list all the posts I’ve classed as ‘Naughty’ and there are several full galleries and articles included.