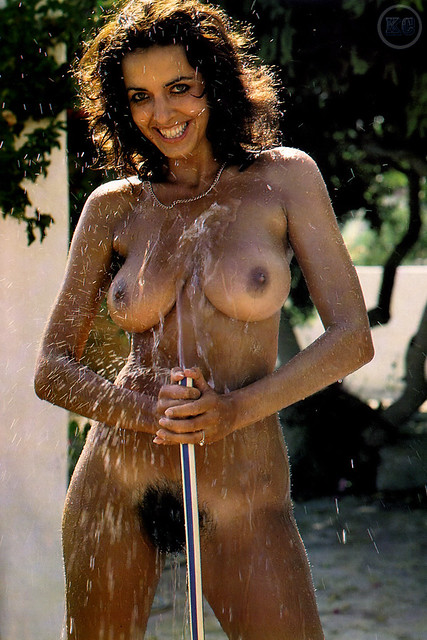 Another shot from the set of Karen Mifflin cooling off with a hose! Taken in 1982 shots from this set of Karen went on to appear in Mayfair Vol.17 No.5 (May 1983), which she also appeared on the cover. A very suggestive pose if ever I saw one again! With the current heatwave we are having I could do with cooling off myself like this, until we have a hosepipe ban anyway!

A stunning olive skinned 1980’s beauty with a fabulous body and dark lush bush on show ? 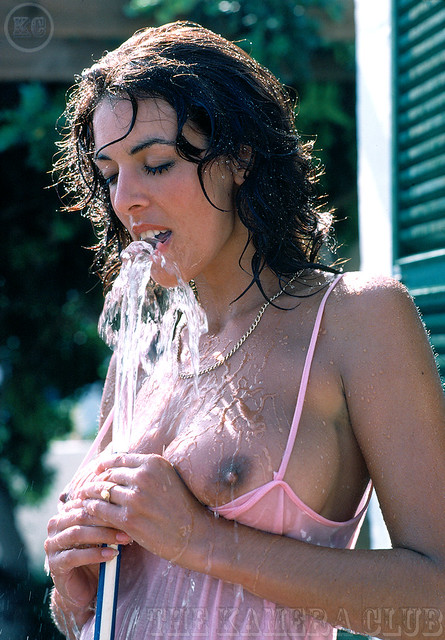 Another popular 1980’s model Karen Mifflin (Karen Scott) cooling off with the aid of a hose! Taken in 1982 shots from this set of Karen went on to appear in Mayfair Vol.17 No.5 (May 1983), which she also appeared on the cover, Escort Vol.3 No.8 (1983) and Gent (April 1985) to name a few. The above shot wasn’t published but comes for an original negative sent over by Kevin. A very suggestive pose in the way she’s holding the hose if ever I saw one! 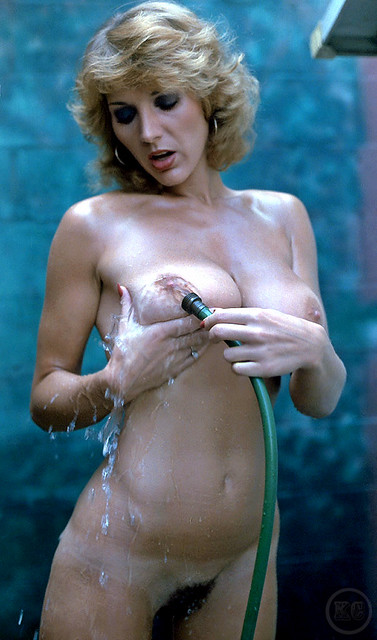 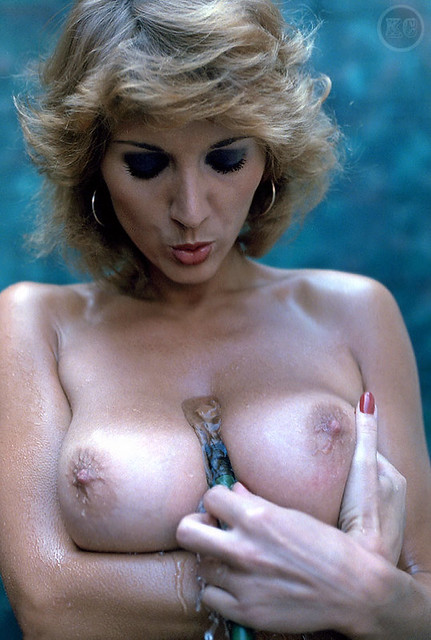 Two shots from a small set of Hanna Viek taken in the mid 1970’s of her posing outdoors against a colourful blue backdrop as she cools her naked body down using water from a hose. The shots start up top, like these two, but the hose surely enough ends up at a lower level! Definitely a later 1970’s set of shots and poses than those glamour shots we see from the 1950’s and 60’s 🙂 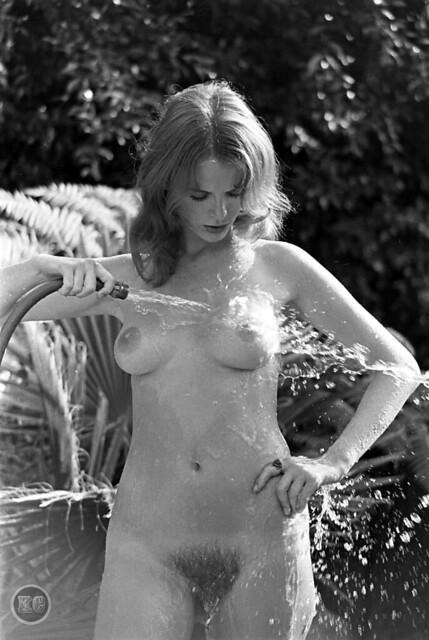 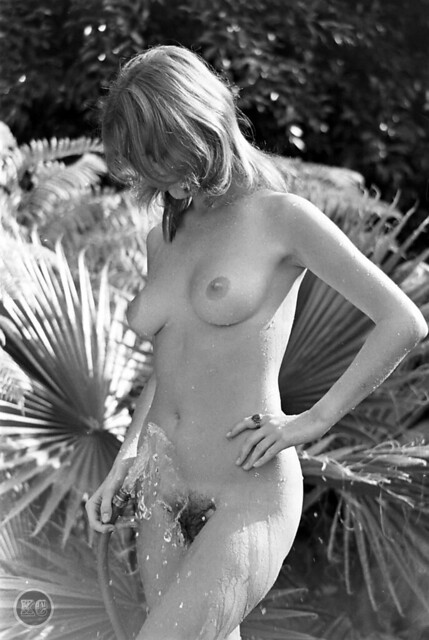