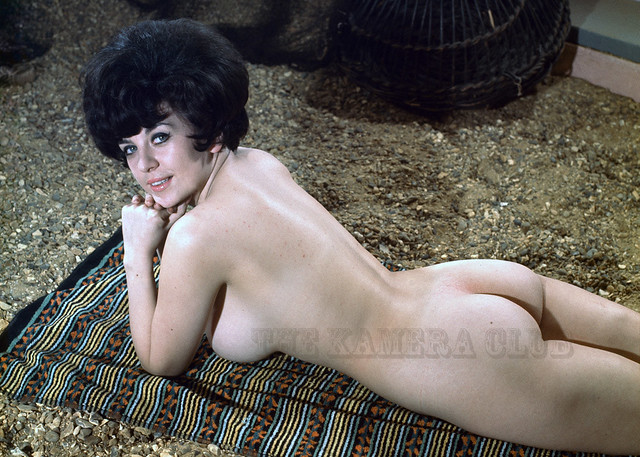 A lovely rear view of a very happy and delicious looking Julie Collins by Harrison Marks from an original medium format negative. This shot was taken on the Lantern Cottage set with her laying on a multicoloured towel showing off her ample tan lined bottom and assets! 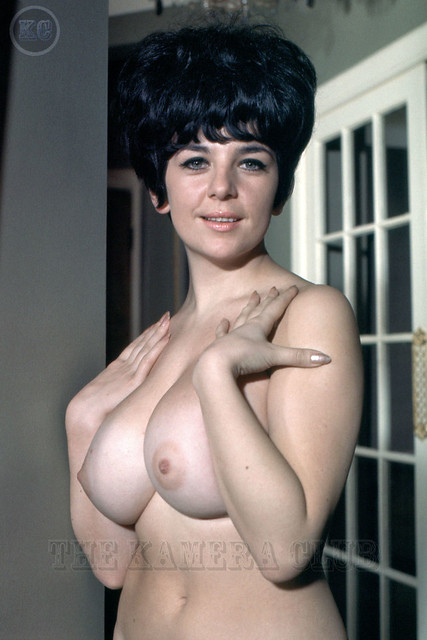 A busty shot of Julie Collins by Harrison Marks scanned from an original colour medium format negative. Love the classic 1960’s hairstyle Julie is sporting, but love her big tits even more, especially the way she has her arms up either side framing them in a sort of way. Not that they needed highlighting as they a big enough 🙂 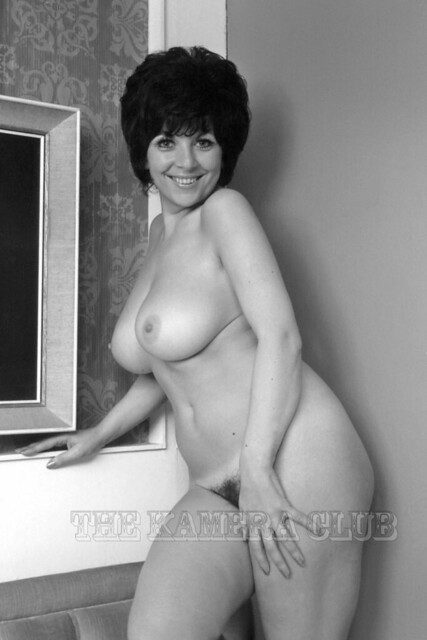 Sometime ago I purchased several 100 contact sheets off eBay featuring various photographers from back in the 1970’s including Howard Roark, Terry Sparks, Edmund Leja and others. At the time I had no idea really as to which models were included within the contact sheets, but took a punt on them anyway. As it turns out I got very lucky indeed and ended up with a lot of contact sheets of some well known models back then, some of which are favourites of mine.  Most of them ended up being from Terry including a set of 9 contact sheets featuring 109 shots of none other than Julie Collins including the shot above.

Julie is a big busted favourite of mine and first caught my attention when she appeared in the later editions of Kamera by Harrison Marks. Since then I’ve managed to collect several original negatives of her by GHM, but was very surprised and pleased to see that Terry had also photographed her back in the 70’s. I shouldn’t be that surprised as most popular models back then tended to do the rounds with the different photographers, with the likes of Angela Duncan, Sylvia Bayo and Julie Collins and others all working with both GHM and Terry. Luckily I have shots of two of my favourites, Julie and Angela by both Terry and Harrison Marks, but Sylvia contact sheets and images by Terry are more elusive, but I’m always on the lookout for them.

Finally, this is a gorgeous shot of Julie showing off her fabulous curves, big its and that glorious hairy pussy, perfect! 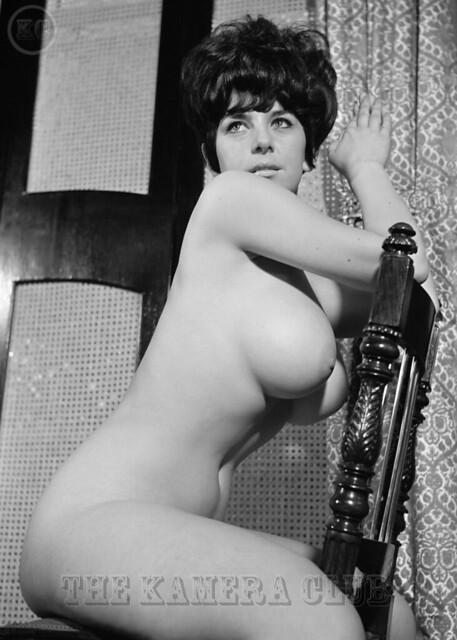 Julie Collins posing nude by Harrison Marks as she sits astride a chair showing off her massive mounds and that fabulously full and curvy figure. I found a shot I’ve published from this set previously here, which seems to be from Parade or Carnival.

This image of a 1973 lunchbox made me laugh when I saw it over on the Retro Fucking Blog. Not only has it got some great tits on the front but the side panel features none other than Harrison Marks model Julie Collins, who had a big pair of tits on her as well 🙂

This must be fake or made for a specific adult lunchbox promotion, as I can’t quite see young kids talking this to school! Can you imagine the scene in 1973 at lunchtime as little billy gets this out, female teachers fainting all over the place and a visit to the headmasters office I imagine! Still I can imagine it being used as an adult lunchbox on a factory floor or building site. It did make me smile when I saw it, so thanks to Retro Fucking for making my morning 🙂