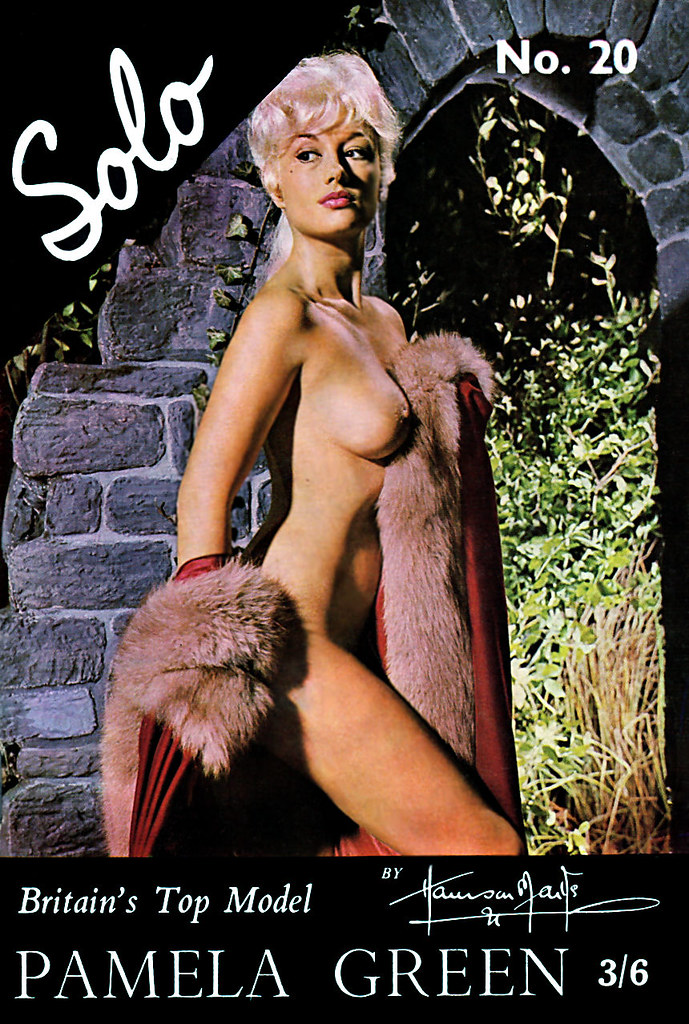 Back to basics with the cover of Solo No.20 (1961) featuring none other than the fabulous Pamela Green. Photographed and produced by Harrison Marks these magazines were dedicated entirely to his most popular models and Pam was without a doubt his earliest and most popular model, so much so that she appears twice in Solo, once as herself and once as her alter-ego Rita Landre. 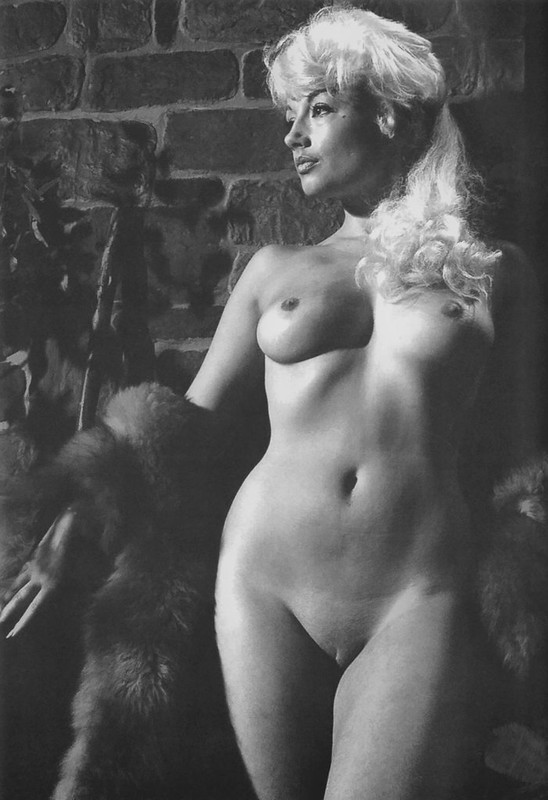 If you’d not guessed I’m having a Pamela day and the different aliases that she posed under or hair colours she used. Here we have probably the most familiar and iconic view of Pam with her long blonde hair that she was more synonymous with later in her career. A beautiful view of her blonde locks and figure in this show on the witches coven set from ‘Just Pamela Green’.
No comments Pamela Green from ‘Just Pamela Green’, just about wearing that fur coat and just showing a bit more than normal in the pubic region!  I have 3 or 4 shots from this set with the fur coat and it looks to have been taken on the witches coven set.
Posting....
error: